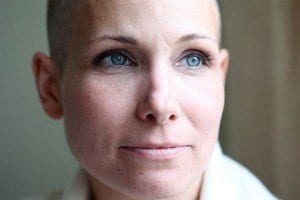 An exceptional essay in the April issue of Lancet explores why even healthy, asymptomatic people are terrified when they hear the word “cancer.”  Robert Aronowitz, an internist and professor of the history and sociology of science at the University of Pennsylvania, describes “cancerphobia,” a term coined in the 1950s by a Cleveland Clinic surgeon who suggested that our “fear of cancer can cause even more suffering than cancer itself . . . public health campaigns with their constant calls for surveillance and aggressive treatments combine to increase cancer fears, which in turn has led to demands for increasingly aggressive intervention and more surveillance.”  Over-testing leads to over-diagnosis and over-treatment. A study just published in the Journal of the National Cancer Institute offers disturbing numbers on the magnitude of “over-diagnoses,”  defined as “the diagnosis of a ‘cancer’ that would otherwise not go on to cause symptoms or death.”

Even when we are told that tests are ineffective or of little benefit, testing gives many patients a false sense of control over their fears. Meanwhile, cancerphobia has spawned an enormous, lucrative industry.

The very word “cancer” inspires a degree of fear that “heart attack,” “stroke” or even “kidney failure” do not. Any of these END_OF_DOCUMENT_TOKEN_TO_BE_REPLACED

Scroll to top
Most Trusted