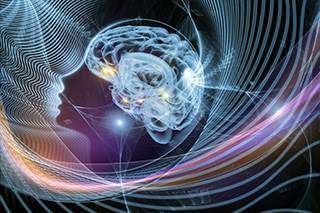 he awake craniotomy is a well-accepted surgical technique for resection of low-grade gliomas (LGGs).1 The procedure, which utilizes intraoperative electric stimulation, is able to preserve the functional integrity of structures surrounding the tumor. This asleep-awake-asleep (AAA) surgical method is associated with low rates of swelling, seizures, severe permanent deficits, and mortality. The patient, placed in a lateral decubitus position, is asleep for the often stressful surgical opening, then awakened to cooperate with the surgeon during the procedure, then asleep for the surgical closing.

The AAA technique works well for surgery on LGGs, which often affect young adults. However, the technique has its limitations. In surgery on high-grade gliomas (HGGs), the lateral decubitus position can lead to difficulties with airway management in older patients, who are more likely to develop HGGs.1

An alternative to the AAA craniotomy is the fully awake procedure, which is performed without any sedation. Obviously, there are no anesthetic-related airway limitations with this technique. Another advantage is that no time needed to wake up the patient, which can take from 10 to 40 minutes, for the patient-participation phase of the operation. However, some patients report intraoperative pain (20% to 44%), considerable discomfort (20% to 29%), anxiety (29%), and fear (14%) with the fully awake method.1 A recent study explored a novel method for reducing the perioperative discomfort and trauma associated with fully awake craniotomy, while maintaining its excellent oncologic and functional results.

Ilyess Zemmoura, MD, PhD, of the CHRU de Tours, Bretonneau Hospital, in France, and his team recently offered the option of hypnosis as sedation (hypnosedation) to all patients at their medical center who were scheduled to undergo awake craniotomy for LGG resection. They also offered the novel alternative to 2 patients scheduled for HGG resection.

Forty-three operations using hypnosedation were performed on 37 patients, ranging in age from 18 to 67 years, between May 2011 and April 2015. Six of the patients underwent repeat procedures for tumor regrowth during the study. Of the 37 patients, 5 had prior surgery under general anesthesia, and 3 had undergone the AAA technique.1

For patients undergoing hypnosedation, preparation begins 1 month before surgery. Each patient is admitted to hospital for 1 day to undergo a complete neuropsychological assessment and functional magnetic resonance imaging (fMRI). While in hospital, the patients meet with the anesthesiologist, who is also the hypnotist, and discuss their hobbies and habits. The anesthesiologist also conducts a brief hypnosis session to introduce patients to the technique. As part of the introductory session, patients learn how to create an imaginary safe place where they could feel protected and secure during surgery.

Once in the operating room, the anesthesiologist places the patient in a hypnotic trance, enhancing the trance during the more unpleasant and painful stages of surgery with instructions and storytelling imagery. He uses objective trance symptoms, such as the eye-roll sign, to uate the effectiveness of the hypnosis, and utilizes his knowledge of the patient’s hobbies and habits to personalize the storytelling.

The technique did not work on all the patients. Six patients could not be induced into a hypnotic trance in the first few minutes, and their procedures were immediately and successfully converted to the AAA method.

Vibration felt during the burr hole procedure and removal of the bone flap are the most negatively reported stages of the procedure. Hypnosis seemed to ameliorate the unpleasantness of these and other surgical events. For example, administering local anesthetics during opening and closing is the most painful part of the surgery, yet few patients even mentioned it. Patients may be experiencing a diminution of pain as the hypnotic trance intensifies.

Interestingly, although some patients’ rating scales showed high stress levels, the patients reported that they found the hypnosis to be a positive experience. Even the 1 patient whose uation score indicated posttraumatic stress disorder following the procedure reported his experience with hypnosis as positive, and he continues to use the technique in his everyday life.

The success of hypnosis was more about patients’ motivation and less about how hypnotizable a patient was, and all but two of the patients said that if they needed another awake craniotomy, they would choose hypnosedation.

The neurosurgical team concluded, however, that hypnosedation in LGG resection is not a replacement for the AAA method, which they consider to be the gold standard. Hypnosedation requires too great an investment in preparation and commitment for the team and the patient, but suggest that it can be an alternative to fully awake surgery in older patients.

Bette Weinstein Kaplan is a medical writer based in Tenafly, New Jersey.

The Longer You Go Without Sleep
Scroll to top