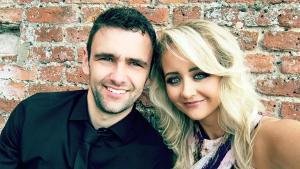 Road racer William Dunlop has revealed he turned to a hypnotherapist to help get back on track after his career spun out of control.

The 32-year-old, whose biker father Robert and uncle Joey both died in crashes, sought assistance after finding himself on the road to depression. But help from hypnotherapist Stephen Chan turned things around.

“I was lacking a bit of confidence. I had two really bad years with the bikes and people let me down, and I just got a bit depressed,” he explained.

“At the start of this year I went to see Stevie Chan. I wanted to go and speak to someone to help give me a bit more confidence. I just came across him by luck and that’s how it started.

“I’m a terrible person for running myself down.

“When I race the motorbikes I say someone beat me because they are better than me, whereas my brother Michael will say he got beaten because the bike wasn’t good enough.

“It was at the time that I was let down. I had agreed to ride with a team and I was really down at the time and it was just coincidence that it came at the same time as I met Stevie. I went to him to get more confidence but it was more – he helped me with everything in general.”

William, who with partner Janine welcomed beautiful baby daughter Ella into the world last July, said he wasn’t battling depression, but was just beaten down by what life was throwing at him.

“I wouldn’t have been at the stage where I see people who really have problems,” he said.

“I have a good life, I am very lucky that I have a beautiful daughter and a girlfriend (left).

“I was never at a stage that my life was terrible, it was just that my career had gone bad. I was at the stage where, financially, I was having problems. I have a mortgage, we had the baby. I was getting a bit down, run down more than anything.

“Career-wise I just had two or three really bad years.

“It wasn’t jealousy, but my brother Michael was doing really well and I thought: he’s no better than me but he’s winning. I barely could afford to ride my bikes and it was at that stage I was thinking of quitting. I couldn’t afford to do it anymore. And Michael was having success and it started to get to me. I just thought, being a bit soft, what have I done to deserve this?”