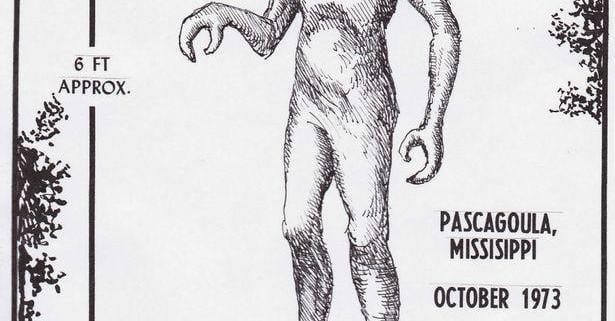 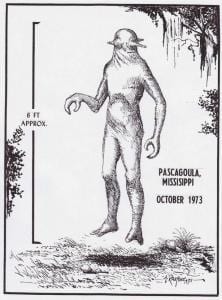 The man behind a world-famous alien abduction claims to have remembered three other terrifying encounters with a faceless woman after being hypnotized last week. Calvin Parker sparked a global media frenzy on October 11 in 1973 after he and his pal Charles Hickson told a sheriff they had been kidnapped by aUFO. The pair had been fishing in Pascagoula River in Mississippi when they said they saw lights across the water before they were floated into a space craft. This episode has gone down in history as the Pascagoula River alien encounter and is considered one of the best-documented cases of an alien abduction. Now, nearly 50 years later, Daily Star Online can reveal that Parker has been hypnotized by UFO researcher and author Kathleen Marden and recounted additional alien encounters. These startling new claims are made in Parkers new book Pascagoula The Story Continues: New Evidence and New Witnesses. Under hypnosis on September 19, Parker told Marden that when he was nine years old he looked out the window of his home noticed a woman hed seen before but something was different. When she turned around and looked she didn’t have a face this time, he said. Parker then said he next saw the mysterious lady in the woods when he was aged 12 or 13. He said she had a very relaxing smile and tried to get me to come over, but he ignored her because a friend’s dad called him over. But Parker’s most recent recollection is by far the most disturbing. Nearly 20 years after the Pascagoula River incident, in 1993, Parker said he was tortured by the faceless woman. He told Marden he had gone fishing alone and was lying down after dropping anchor when he was pulled up into what he described as a cloud and laid down on a table. She got me off the table, and, more or less effortlessly picked me up and put me up against the wall over there. And started pushing my head back and wanted to put her finger in my nose for some reason. I don’t know what it is about my nose, but they always wanted to put their finger in my nose. And I started bleeding and I was in a lot of pain. Ive never felt pain like that. It felt like electricity going all through my body, he said. Calvin said he was bleeding but started the motor on his boat and got back to shore. He drove home and told his wife he had boat trouble. Marden asked Calvin if he thought this was the same woman he had seen when he was 9 and 12 and he simply replied yes. She slowly brought Calvin out from under hypnosis at this point. Pascagoula The Story Continues: New Evidence & New Witnesses will be published byFlying Disk Presson October 1. Source